Isola Bella
In 1670 Count Vitaliano Borromeo began work on the monumental Baroque palace and the spectacularly scenic gardens which were to make the island famous, and which still today encapsulate the splendours of past times. The Borromeo residence contains many valuable works of art. The gardens, displaying a wealth of varieties of trees and rare flowers, are laid out over a series of superimposed ornamental terraces, and are a classic example of an Italian-style garden of the time.

Isola Madre
This is the biggest of the Borromean islands and perhaps the most intriguing, with its delightfully tranquil, intimate atmosphere.  The garden is full of rare plants and exotic flowers, where white peacocks, parrots and various kinds of pheasants roam freely, giving the place something of the flavour of a tropical environment. Isola Madre is especially famous for its azaleas, rhododendrons and camellias, stunning when in bloom. In 1978 the 16th century palazzo was opened to the public; it displays interesting period rooms and collections of liveries, china, and dolls. There is a superb exhibition of 18th-19th century puppet theatres. 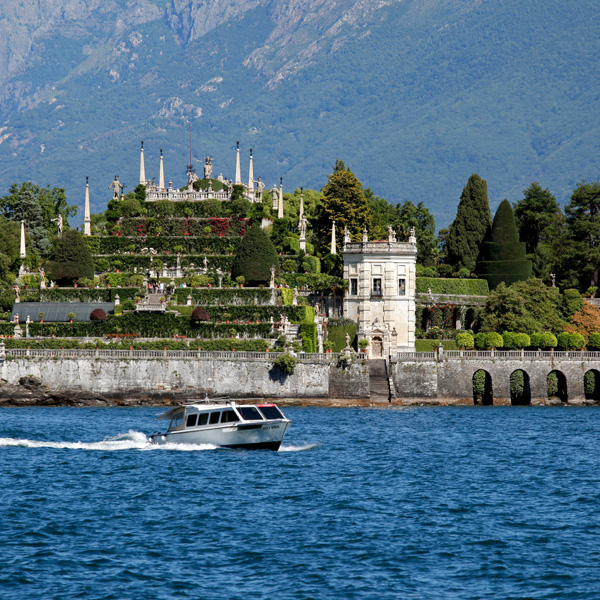 Isola Pescatori (Fishermen’s Island) owes its name to the traditional activity of its inhabitants.  The island’s charm lies in its picturesque, old white houses and the narrow lanes winding between them. There are some excellent restaurants where you can sample the fish caught in the lake.