Arona is a pleasant little town on the shore of the southern part of Lake Maggiore. The symbol of the town is the huge statue of San Carlo Borromeo, the 17th century cardinal, later saint, who was born in Arona. 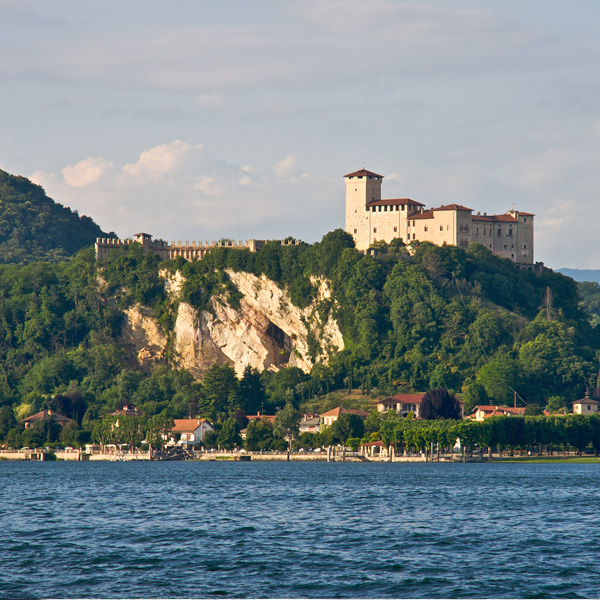 The statue, affectionately called “Sancarlone” or “Big San Carlo”, was erected between 1614 and 1697 to a design by Giovanni Battista Crespi.  It is one of the largest statues in the world: 23 metres tall, not counting the 11 metres of its granite pedestal.

On the shore opposite Arona is Angera, nestling below the picturesque Rocca Borromea. Angera and the castle are easily reached by the public boat service.
Not far from Angera on the Lombard shore is the atmospheric sanctuary of Santa Caterina del Sasso, built in the 12th century in a location carved out of the rock on a ledge with a sheer drop to the lake.