One of the most romantic lakes in Italy, Lake Orta lies between the main Ossola Valley and the western shore of Lake Maggiore, in the area known as the Cusio. The prettiest places on Lake Orta are Omegna, at the northern end, and Orta San Giulio, with its beautiful little island.

Well-known for its historic kitchenware industry, Omegna attracts thousands of visitors each August to its now-famous Festival of San Vito, the main feature of which is a series of spectacular firework displays over the lake.
Certainly the most picturesque place on the lake is the ancient burgh of Orta San Giulio, which faces the island of the same name. San Giulio Island is dominated by its Basilica, the most important Romanesque church in the Novara area.

Above the burgh is the Sacro Monte of Orta, one of the group of nine Sacri Monti (complexes of chapels with life-sized tableaux of statues set in wooded hilltop locations) in the foothills of the Piedmontese and Lombard Alps, which are UNESCO World Heritage sites. Worth a visit is the village of Legro, known as the "painted village" because of the many frescos painted on the walls of the houses. 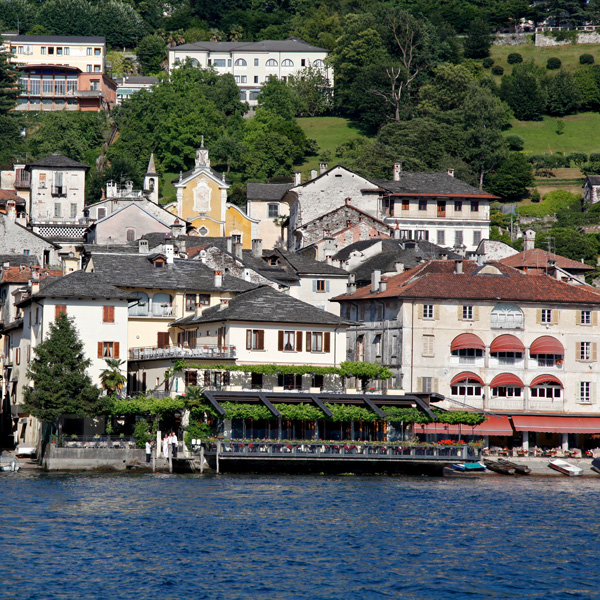 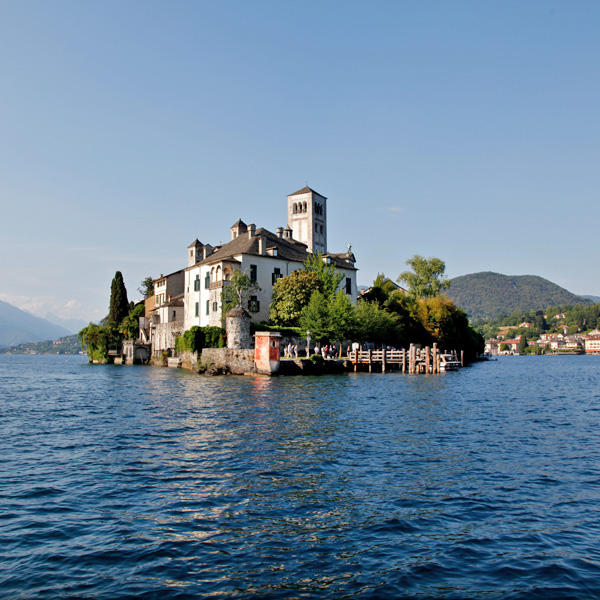 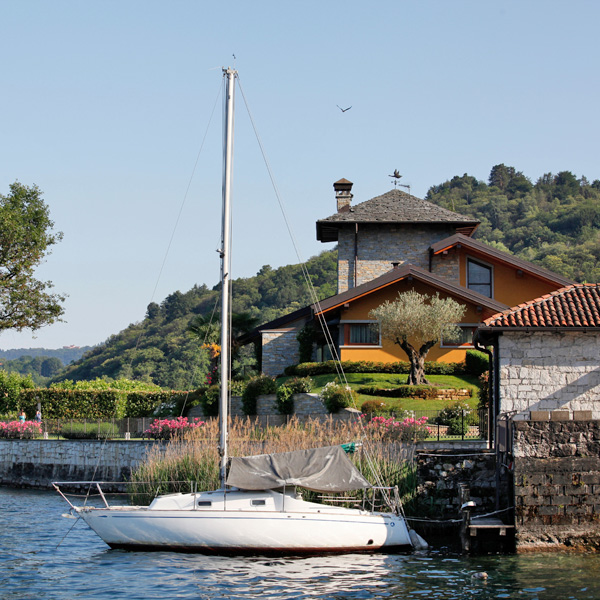